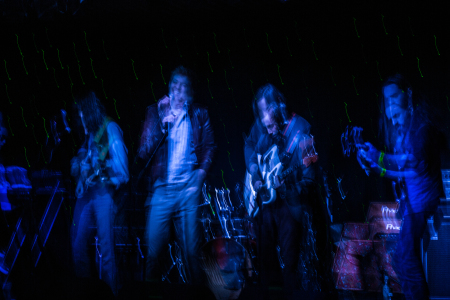 In September of 2015, drummer Marc Martinka started putting together a live to support his recent solo album, River Rat. In order to do that, he called on former bandmates Brian Swed, Richard Stanley, and Martin Connolly. This iteration of the band soon realized that they were on to something bigger than the River Rat material, as they quickly began to develop new material and work up their own unique sound. As fall progressed to winter, the foursome rounded out their line up with vocalist Nick Guckert (also of My Friday Slacks) and keyboardist Andrew Van Treeck, finalizing the Cisco Kid lineup. From there the band started rehearsing for their first show at Mr. Small's Funhouse Bar. Since their first public performance on April 1, the band has cut their first original set of demos, and is now currently in the throes of production for their first full length release.